Here we provide a 3-step tutorial to help you easily sub-cluster any cell population and study its subsets using BioTuring Single-cell Browser (BBrowser). In this tutorial, we choose to look at an interesting immune dataset by Smillie, Biton, Ordovas-Montanes and colleagues (2019), “Intra- and Inter-cellular Rewiring of the Human Colon during Ulcerative Colitis”, and perform sub-clustering on the T cell populations, whose subsets are known for being extremely diverse and complex. As a result, we identified multiple T cell subsets, including PD-1+, IL-17+, activated, naive, regulatory, and exhausted T cells.

Before we proceed to the tutorial, make sure you have BBrowser installed and downloaded the dataset from BBrowser public data repository. BBrowser is available here >>> 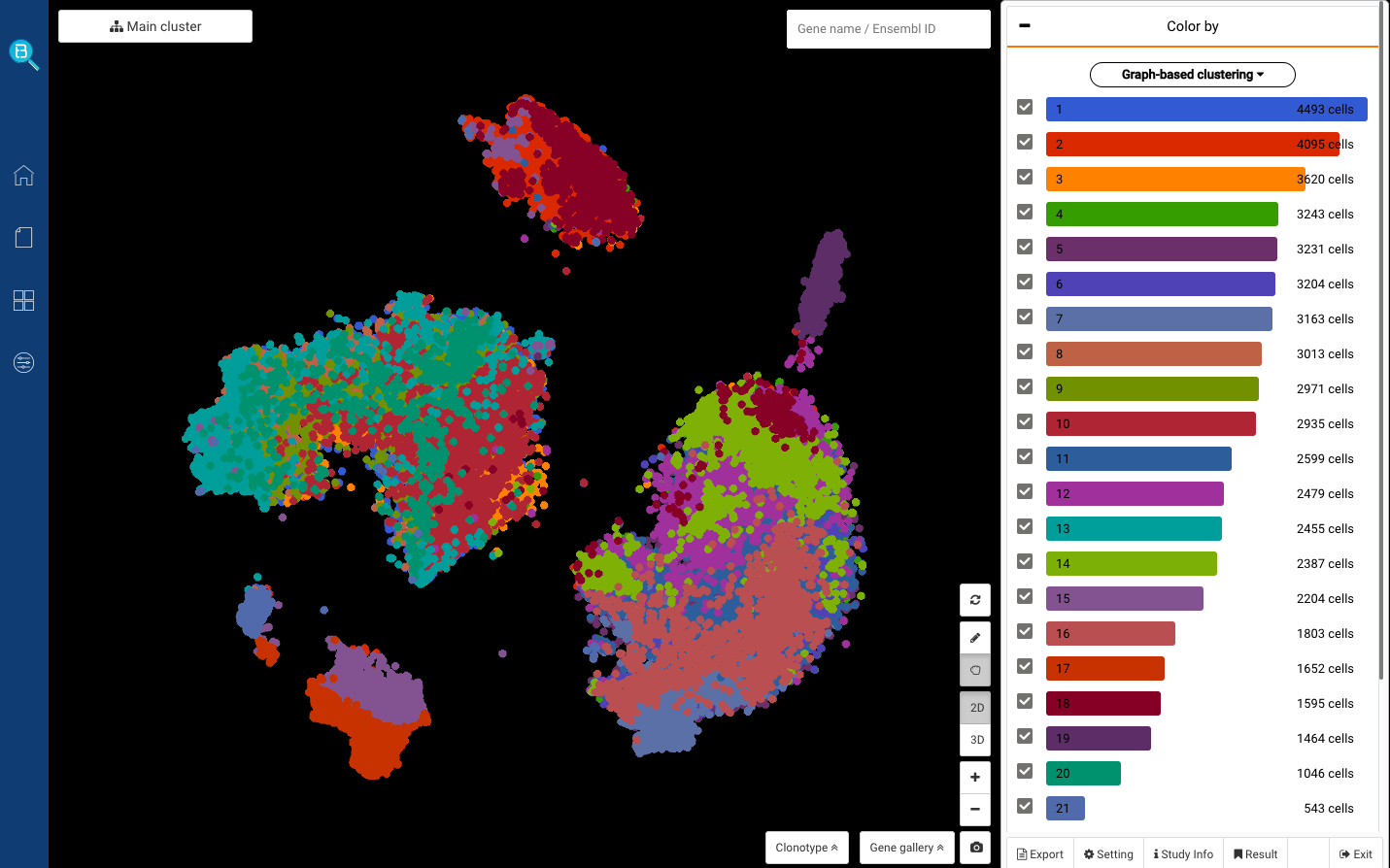 Sequencing 366,650 cells from the colon mucosa of 18 ulcerative colitis (UC) patients and 12 healthy individuals, the study identified 51 epithelial, stromal, and immune cell subsets, making up an important atlas of the human colon. For this tutorial, we will only examine the immune dataset, consisting of 54,195 immune cells, including several groups of B and plasma cells, myeloid cells, natural killers, and T cells. For T cells, the study identified various subsets, among which were regulatory T cells ( T regs), memory, MT-hi, activated, IL-17+, and PD-1+ T cells.

To sub-cluster T cells, we first need to identify the T-cell population in the data. Here we query their marker gene CD3D, and identify them as the red cluster on the left (Fig 2). 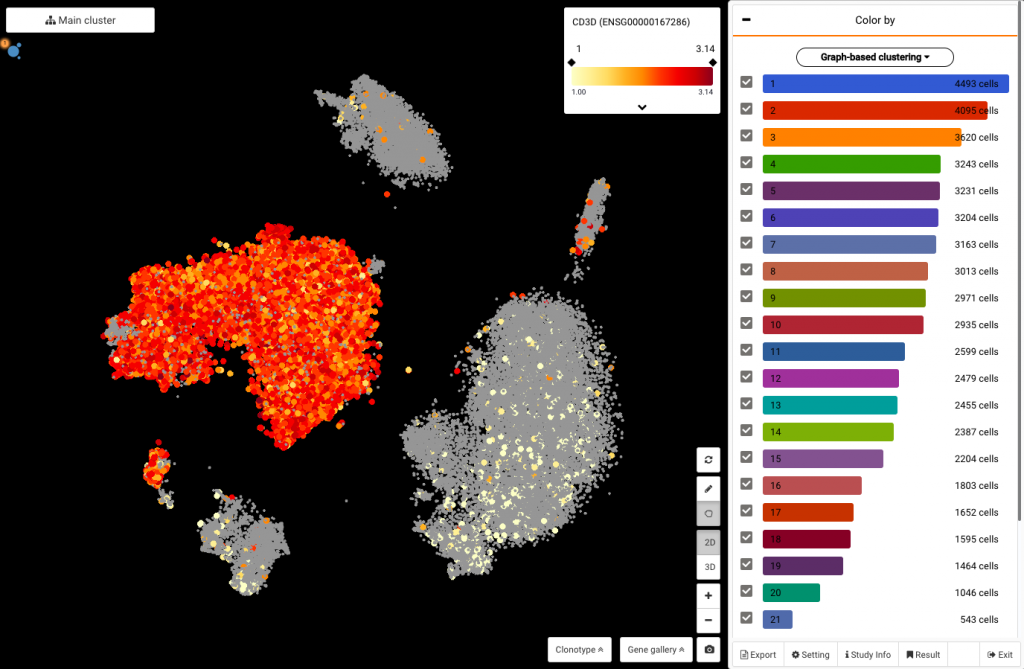 By circling:
To select the T cells that you just found, simply click the pencil tool , and circle the highlighted region (Fig 3). 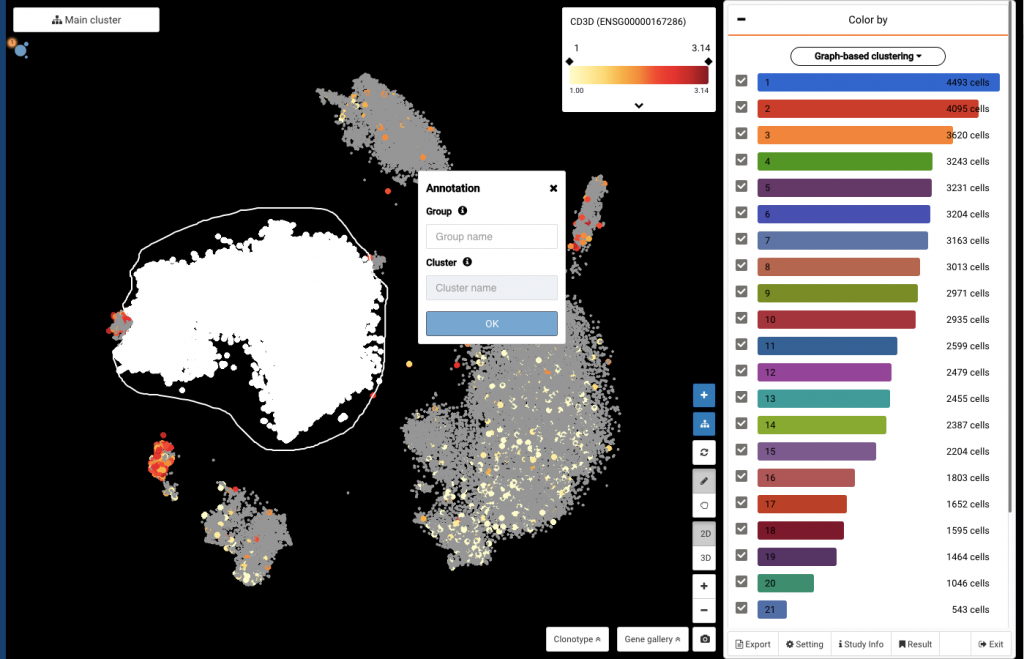 Once the cells are selected, the software will highlight them in white (Fig 4). 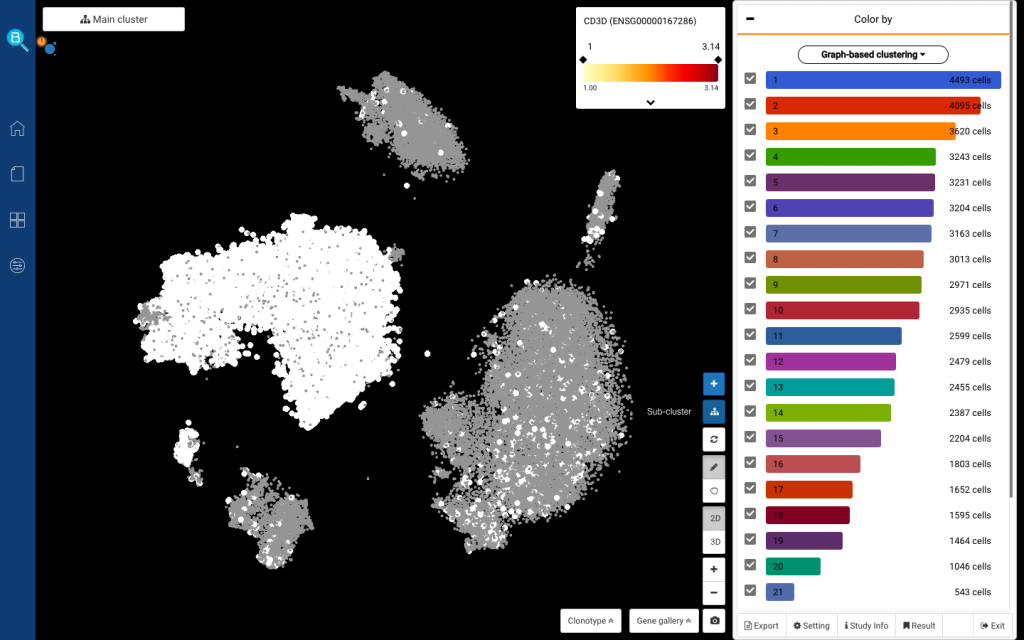 To perform sub-clustering on the T cells you just selected, just click the Sub-cluster button (Fig. 5). Then you will be asked to name the sub-clustering analysis you are running, and click Apply.

After that, BBrowser will run an entire pipeline for sub-clustering, including:

By selecting a precalculated sub-cluster and finding markers 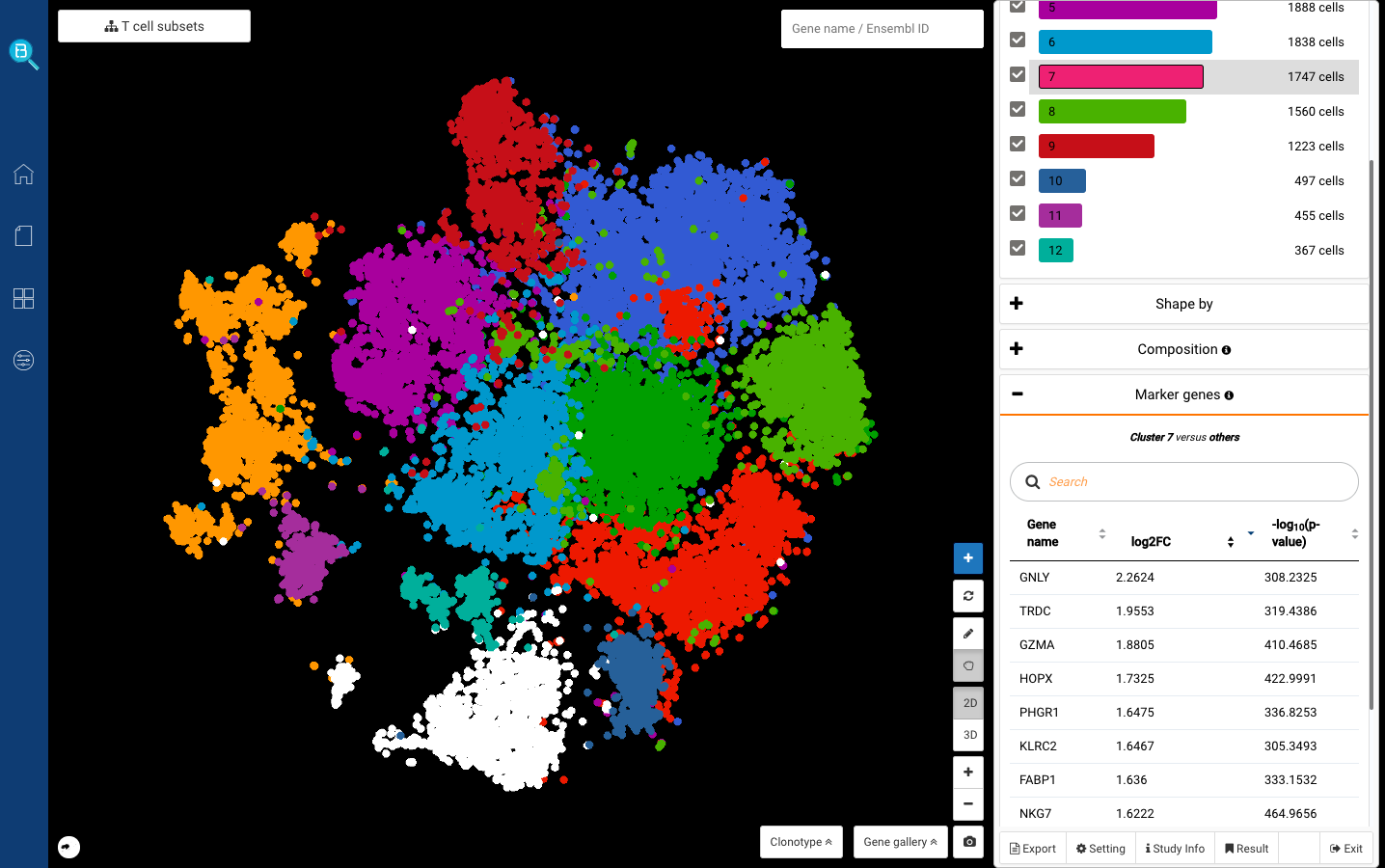 Fig 6. Sub-clustering dashboard of T cells: Just click on any sub-clusters under the Color-by dashboard and click Find marker genes to explore its markers. Here in the screenshot we are showing sub-cluster 7’s markers, including GNLY, GZMA, and NKG7. These are known markers for cytotoxic T cells (Zheng et al., 2017). 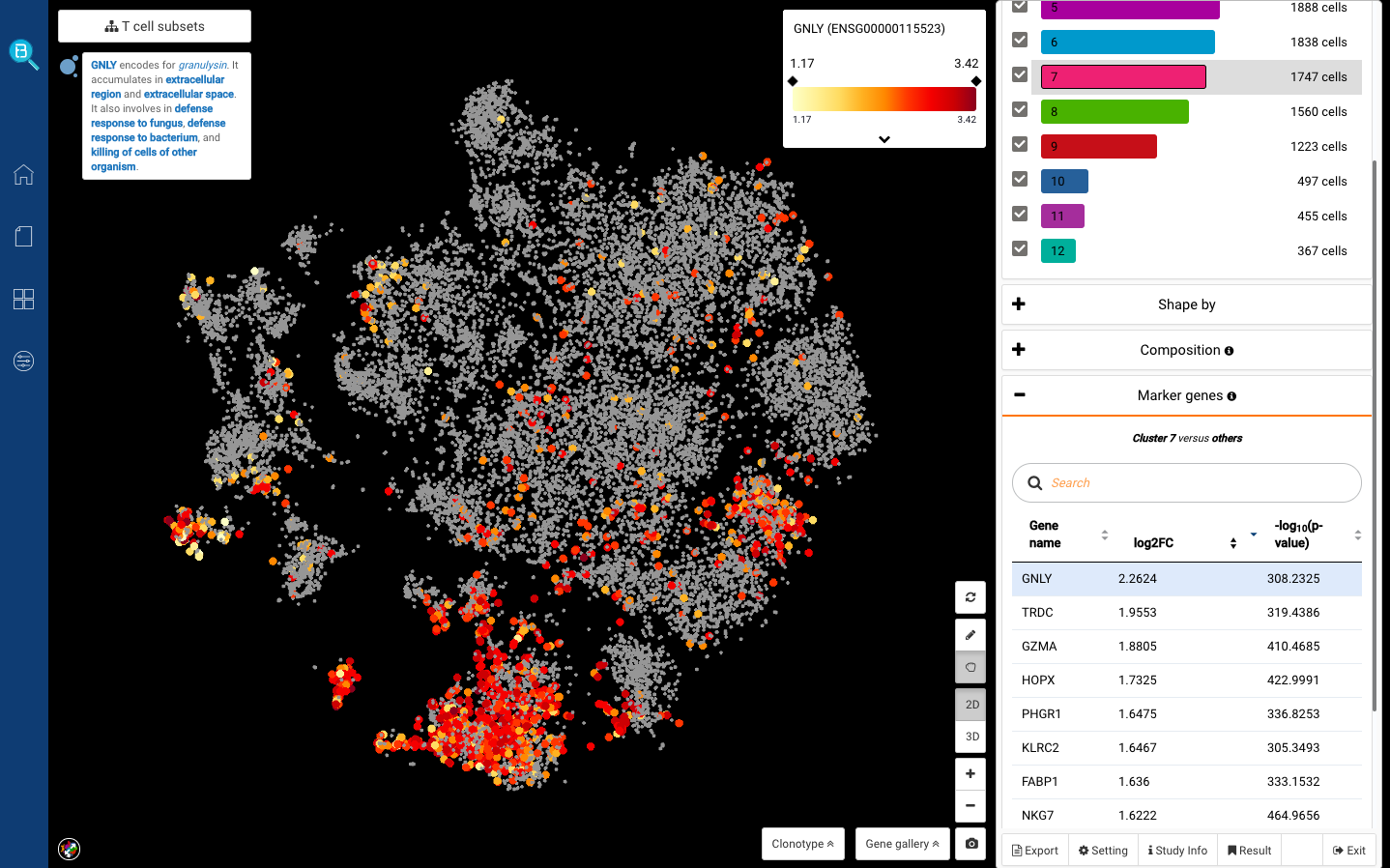 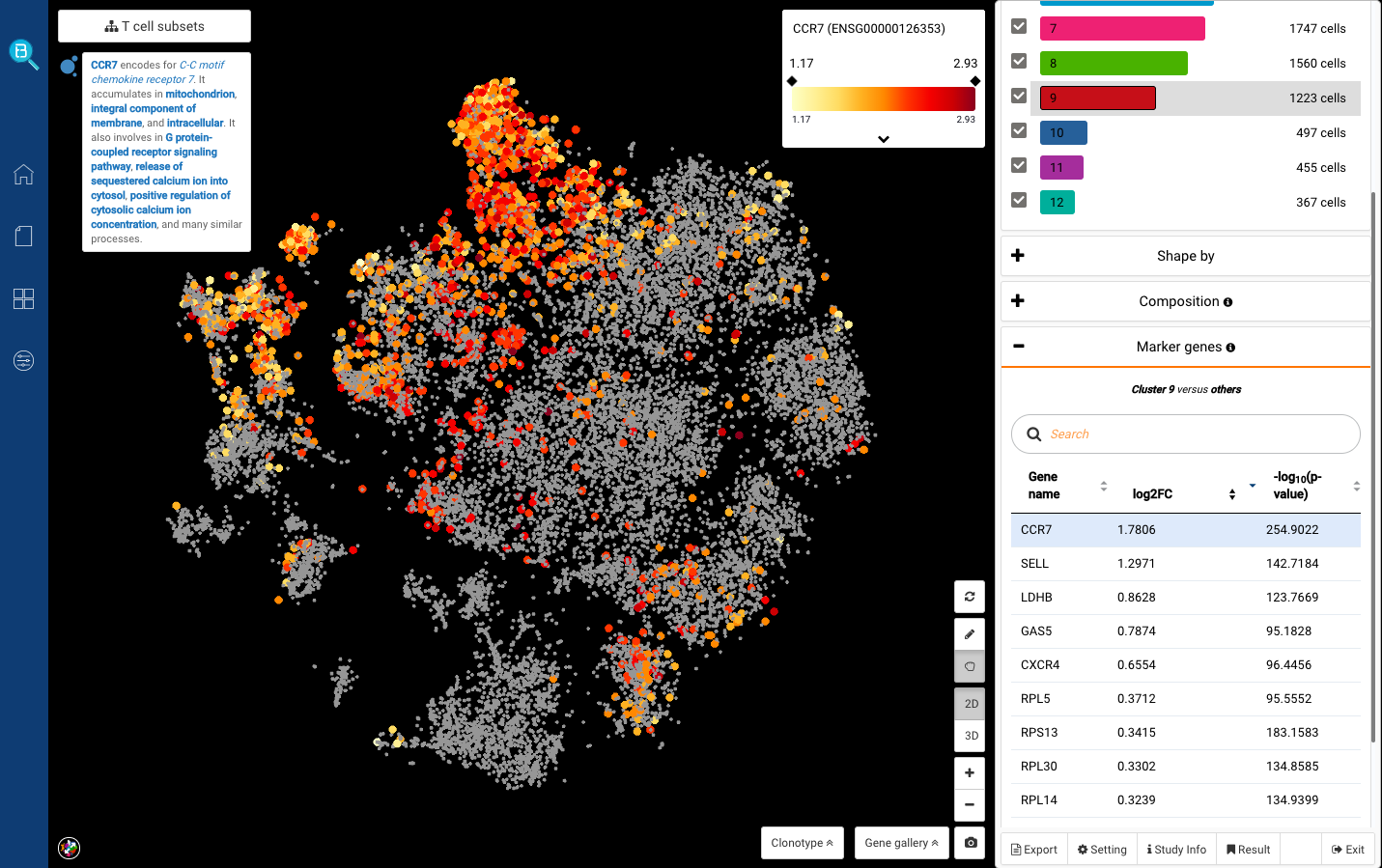 Apart from selecting the pre-calculated sub-clusters, you can also circle any population and find marker genes for it. We tried finding markers for the distant population on the left corner, and found high expression of IL17A (Fig 9). That can be the IL-17+ T cell subset reported in the study. 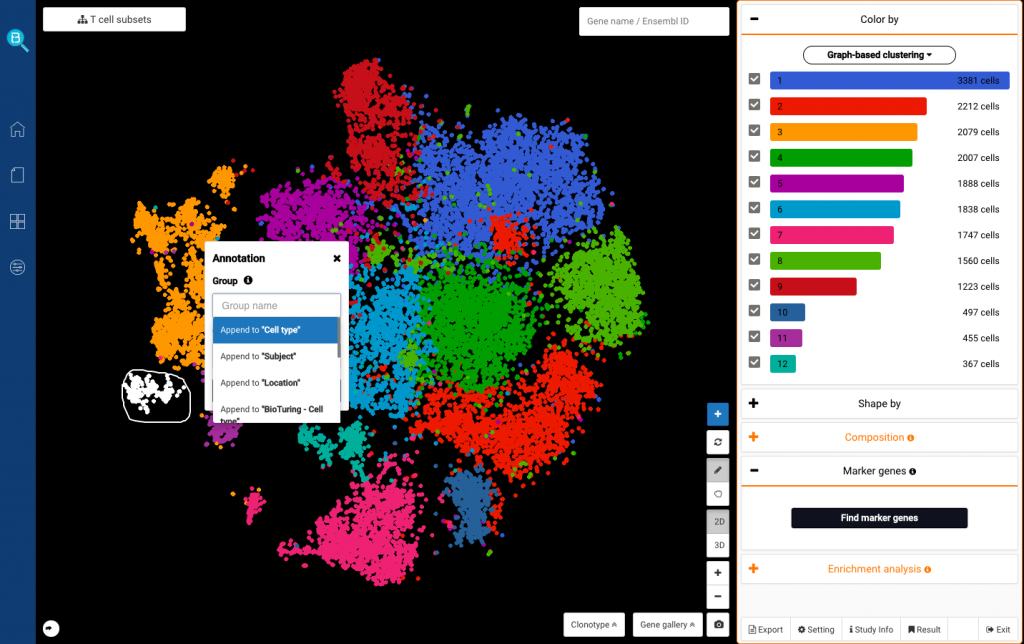 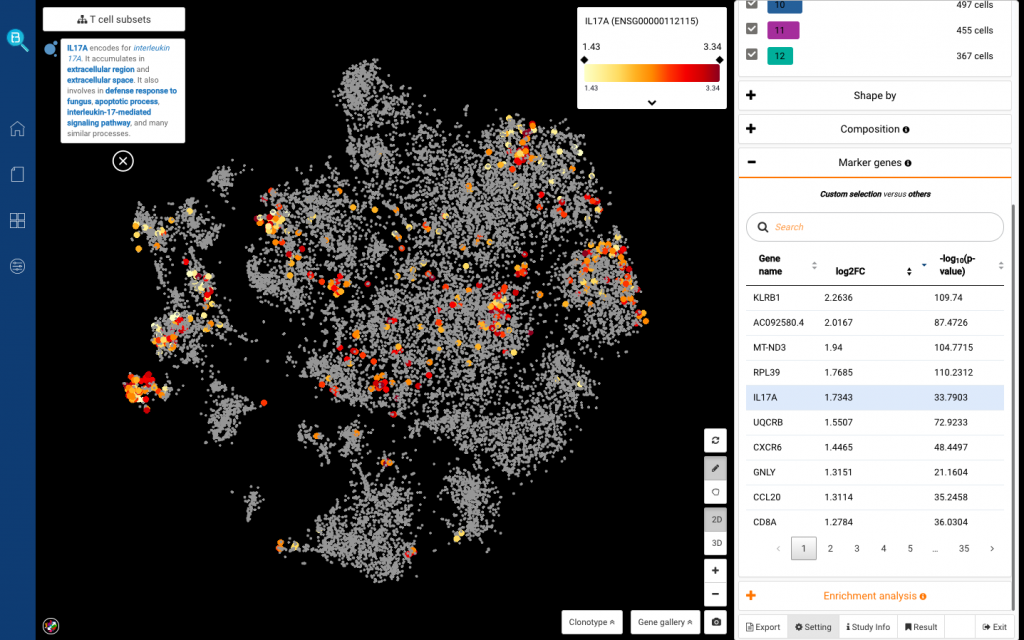 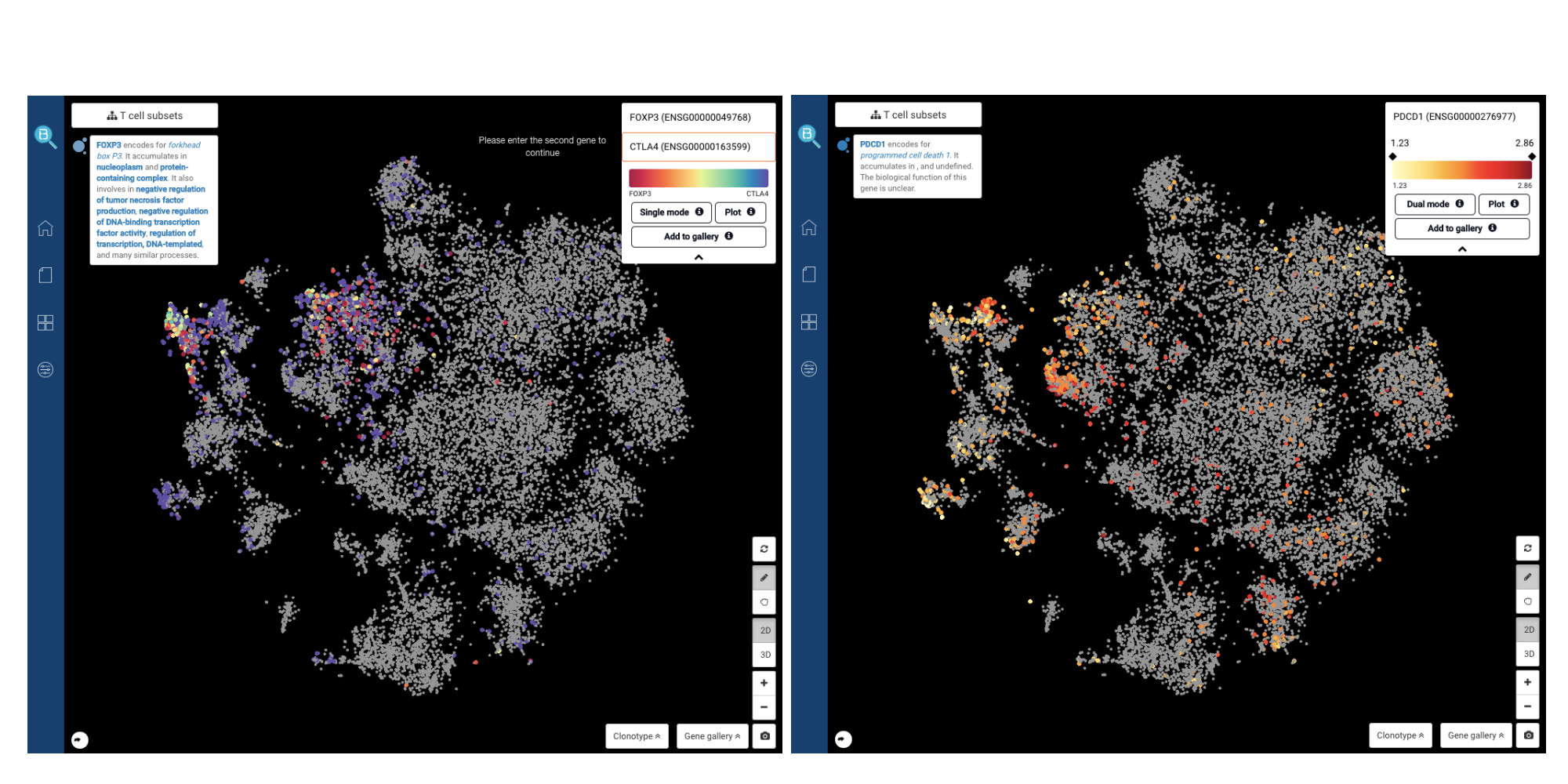 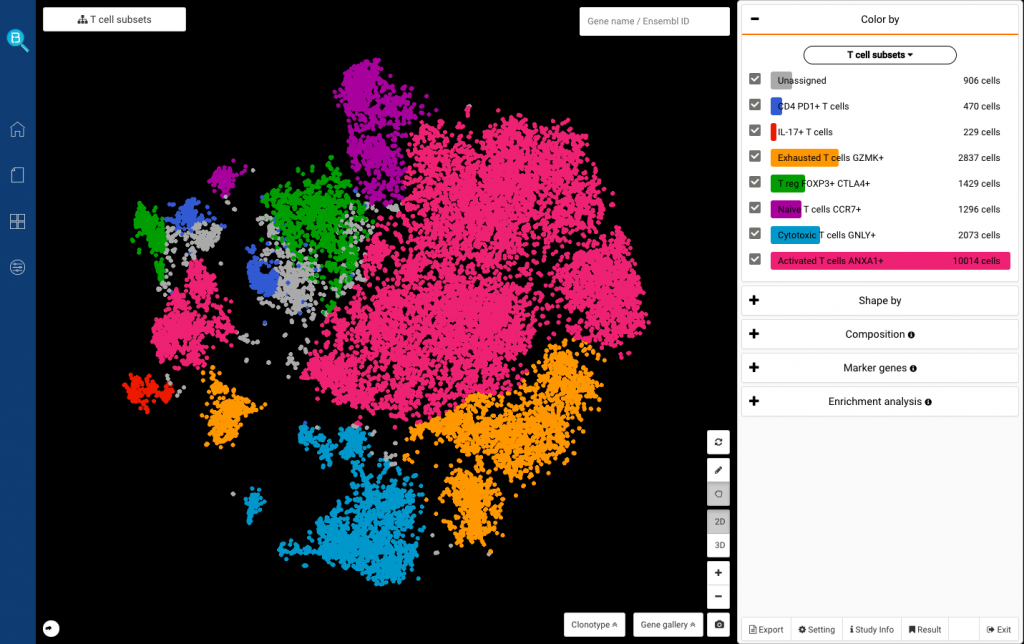 That’s it! It only takes a few steps to explore the T cell subsets in the single-cell dataset of Smillie, Biton, Ordovas-Montanes  et al. (2019) using BioTuring Browser. We were excited to identify several T cell subsets, including PD-1+, IL-17+, activated, naive, regulatory, and exhausted T cells. We hope you will be able to identify them as well and even more subsets on your own, after following the steps in this tutorial.

Feel free to leave your questions in the comment box below. If you need some help with BBrowser, contact us at support@bioturing.com. We would be happy to walk you through it.